We’ve hit a big milestone for this version of Chaos – working Proxy Mines are now in-game! The Proxies have probably been the most well known feature of Chaos since they were first brought to life way back in Quake 2, and it’s easy to see why. They’re cute, they’re funny, sometimes they’re smart asses, and they are deadly. We’re very excited to have them back. They are still somewhat rough around the edges, but they are working.

These ‘living’ Proximity Mines will hop around and casually chat with each other if they haven’t seen you yet. But once they spot you, the chase is on. They will try to chase you down, even taunting you as you run away. Until they get close enough to explode.

This version even has them using lifts and jump pads as they try to catch their prey.

We’ve got a sample video showing our current progress;

Here’s a portion of a post from Warhead describing some of the features he’s coded for these Proxies so far;

Choirs are implemented! Now proxies will sometimes say the same thing, all at once. It sounds really cool and intimidating.

Proxies each has their own unique voice. I do this by making small change to voice pitch, and it makes each one sound different. It’s cool. If some voices sound too weird to you, we can adjust the pitch range to correct that.

Proxies currently have a 2 minute lifespan. I have implemented sleep mode as Alt Fire, and the 2 minute life span does not start until they wake up. Current sleep mode detection radius is 1000 world units, which means you have to get sort of close before they wake up. All settings tweakable.

There are two proxy instances created for the gun. one displays in third person, which is a fully functioning AI, and the other is just the pawn/mesh, which is only used for first person view. Just good to know techie things there, but in game you won’t know all that, just looks like a proxy sitting in the gun. Proxy will turn to you every so often and chat with you, sometimes actually taunt you. Voice bits specifically taunting to the player are chosen for this, but they will chat about various stuff, as per usual behavior. This a a live AI, so we can make it do all kinds of weird things if we like, even bailing out of your gun because it’s bored! (it does not do that right now though) Feel free to make suggestions.

Ammo boxes should also chat and shake a bit when they do. no live AI are done here, just uses the ammo mesh as designed by Mike.

Standard proxy behavior implemented. They jump around in the spawn area chatting away, until they sense an enemy, after which the chase is on. While idle, in addition to chats, they also perform various animations.

As you can see in the video there are sill some issues – the launcher (The Claw) isn’t yet animated, and the player didn’t get credit for his Proxy kill – among other things. But the work is ongoing, and these little bastards will continue to improve over time. 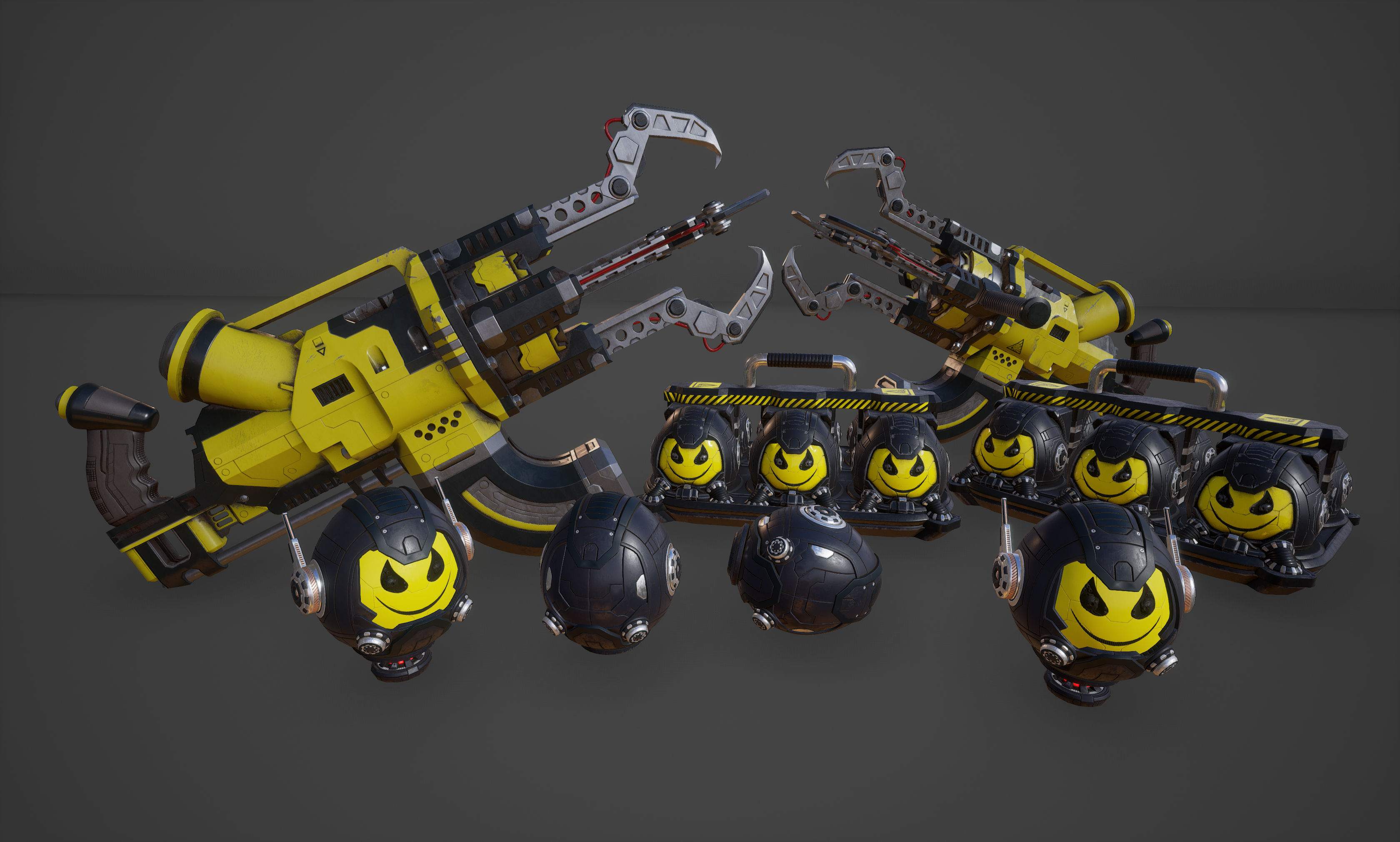